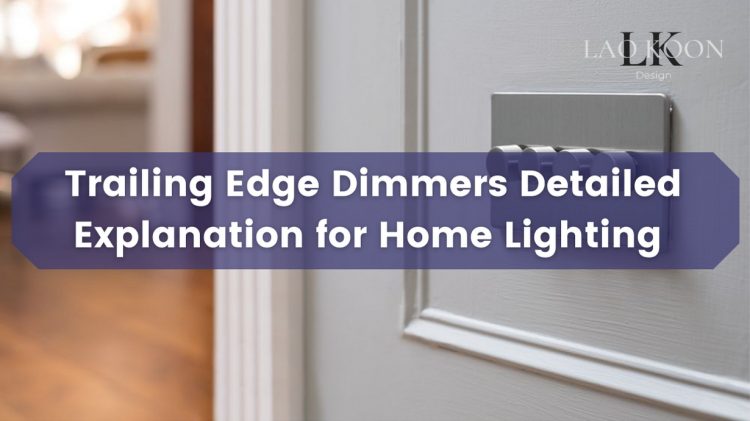 Are you feeling uncomfortable about the glare of the led lights in your bedroom, study room, or office? To dim the brightness of the led, we will usually use a dimmer. However, not all adjustment tools adjust brightness equally.

Why do you need to adjust the LED brightness?

LED technology today has many outstanding developments and can be adjusted to arbitrary brightness. The light quality of LEDs is much better than incandescent and fluorescent lamps.

However, in the process of using it, sometimes you will be glared at by the light of the LEDs so we need an LED dimmer. The need to reduce the brightness of the lights may also arise if you have been on vacation or watching TV and you absolutely do not want to get out of bed.

LED dimmers allow adjusting the quality and light intensity of the led lights to meet everyone’s needs. They are used to ensure the correct voltage of the lamp.

At the same time, dimmer helps to stabilize the power supply and the life of the LED lights. The reason is that LED lights want to operate stably and have a long life, the power source is an extremely important factor.

However, you need to make sure that the LED and the regulator are compatible with each other. You need to be able to distinguish how to use it properly.

#1. Method 1: Use the brightness control switch

There are 3 main steps:

Compared to the above two forms of tuning, using an Arduino is more complicated, requiring many skills related to programming and specialized knowledge.

When considering the dimming of a typical power supply, there are two main types of dimmer to look out for. These are called leading and trailing edges. Other types of dimmers including Dali and digital still exist – however they are often used in much more sophisticated lighting solutions than tend to be found in homes and offices.

Together, the leading and trailing edge dimmers are called phase-cut dimmer and they are named for the part of the AC wave they cut away to dim the light.

Dimmable LEDs are available in both front and back edge versions depending on the manufacturer, so it’s important to be sure the type of LED dimmer you’re looking at to make sure they’re correct to your specific application.

What are Trailing edge dimmers?

Trailing edge dimmers are dimmers that use switched-off currents. When the AC wave ends, before it crosses zero, this current turns off. This modifier is used with electronic drivers and avoids overcharging of the light source.

This is a rather outdated lamp dimming tool. This tool is suitable for lighting systems that are more than 20 years old. This tool works with resistive or inductive loads. As a result, the electrical load can be reduced by shortening the alternating current (A/C) cycle at the leading edge of the input waveform.

This is the most modern LED dimming switch available today. Of course, for the same reason, trailing edge dimmers are more expensive than leading-edge dimmers.

This dimming tool works with resistive or capacitive loads, helping to shorten A/C cycles. This tool can be used with a 240V load, with a minimum of 12-24V. So it is friendly with LEDs and effectively dims LED bulbs. In addition, this regulator also works with very gentle LEDs, keeping the LEDs long.

Therefore, trailing edge dimmers are the leading tool for us to dim the brightness of LEDs, with a very simple operation. However, before using you also need to consult an electrician or other professional.

***Refer to more articles: The 6 brightest 12V spotlights for you: Top Expert Picks in 2022

Things to keep in mind when using trailing edge dimmers

Not all LEDs are dimmable – make sure you check product specifications before purchasing.

If you have a dimmer installed but are unsure of the type of dimmer it uses, you should check with the dimmer manufacturer before considering possible LED bulbs. Incompatible combinations can cause LED bulbs to flicker and dimmer buzz

Be sure to check that the minimum and maximum load of the dimmer switch matches the number and combined wattage of the lamps and lamp fittings in the circuit.

Do your research to make sure that your lamp and dimmer are compatible with the same type of dimmer. If possible, it may help to compare the lamp manufacturer with your dimmer manufacturer. For example, we recommend using the BG dimmer switch with the BG Luceco dimmer

If matching your lamp manufacturer with the dimmer manufacturer is not appropriate or you would like more flexibility in case of future lamp manufacturer changes, you may consider the module dimmer Hamilton LEDIT-B100 or Click Scolmore MD9014 Dual Mode dimmer module. These modules allow you to easily choose between leading or trailing edge blur depending on your application.

Nowadays, the use of LED lights is more and more popular, leading to increasing demand for led dimmers. Many units were established to meet this need. Therefore, it is inevitable that many units work without reputation and provide poor quality products.

Before buying trailing edge dimmers, you should choose a reputable supplier to buy quality products. At the same time, before deciding to use, you need to consult with experts or electricians to choose a suitable installation place.