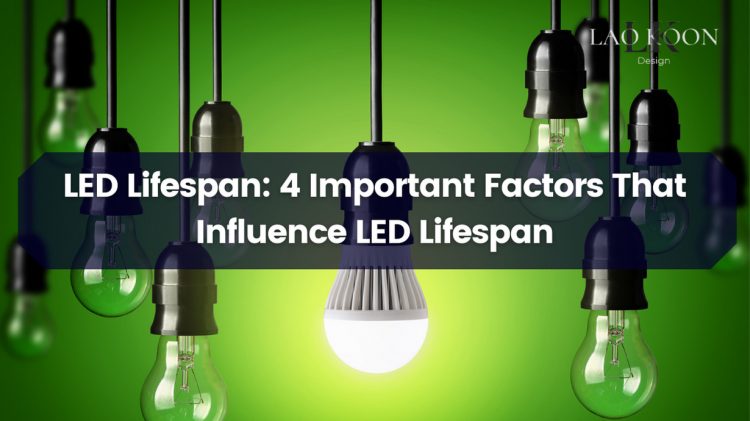 When it comes to current lighting technologies, LED light bulbs take the top place. LEDs have an estimated energy efficiency of 80 to 90 percent compared to traditional lighting and light bulbs. One of the most significant advantages of LED lifespan is extended.

Unlike halogen or incandescent lamps, LEDs do not require frequent maintenance and will last for years once installed. LED light bulbs survive significantly longer than incandescent bulbs because they do not create light by heating a filament, a sensitive component that burns out over time.

LEDs are available in a variety of color temperatures ranging from 2200K to 6000K (from “warm” yellow to light or “cool” blue).

The CRI of an LED light is significantly depending on the morning in question. However, there is a wide range of CRI values accessible, ranging from 65 to 95.

LEDs are relatively easy to dim, ranging from 100 percent to 0.5 percent of the light output. Dimming LEDs is accomplished by reducing the forward current or changing the pulse length. Traditional incandescent dimmers (which reduce the voltage transmitted to the light) are incompatible with LED lights, so you’ll also need to buy LED dimmer switches.

LED lighting has a high upfront cost but a low lifetime cost. Over time, the technology repays the investment (the payback period). The biggest payoff comes from lower maintenance costs over time (depending on labor costs) and, secondarily, increased energy efficiency (dependent on electricity costs).

Incandescent lights are the most affordable ones on the market, but they are challenging to maintain over time due to their limited lifespan. To achieve the equal lifespan of a single LED light, incandescent bulbs will most likely need to be purchased 20-50 times, and the accompanying labor expenses will need to be paid. Furthermore, incandescent lights have the highest energy expenses of any light source on the market.

LEDs may be very tiny (as little as 2mm in some circumstances) and scaled up to quite massive sizes. Overall, this broadens the range of applications for which LEDs may be employed.

Incandescent lights exist in various forms and sizes, but they’re most commonly utilized in indoor and residential settings where space isn’t a concern. They can be tiny but not as compact as an LED, and they can’t match the small size and sturdy construction of a solid-state light like an LED.

LED lifespan: How to calculate?

#1. What is average rated life?

LED bulbs have lumen depreciation over time, which means they will become dimmer over time. Although the decrease will be too gradual to observe, they are regarded to have reached the end of their useful life once they reach a particular point.

When the brightness of most residential LED light bulbs drops to 70% of their original level, they are regarded to be at the end of their useful life (sometimes referred to as L70). It might be as low as 50% for others (L50).

#2. How to calculate LED lifespan?

To calculate their average rated life, all LED bulbs are subjected to extensive testing. The LED chips used in a bulb/lamp are lighted, and their lumen output is continually monitored under close observation as part of this testing.

The gathered data can then be entered into a mathematical formula that calculates and predicts the L70/L50 numbers using various techniques.

Does the light output of LEDs decrease over time?

When purchasing a lightbulb, it’s essential to consider the luminous decline. Throughout their lives, all light sources lose some of their light output. On the other hand, LEDs have a very high light output decay point, known as L70, among all alternatives. Instead of failing abruptly after attaining their nominal lifespan, the light output dims gradually.

At the end of their nominal lifespan, all LEDs on this website are designed to maintain a light output of at least 70% of the original brightness. Another reason LEDs are soon becoming the most preferred lighting technology is because of this.

4 Factors that influence the LED lifespan

One of the most significant changes in the lighting industry has been the advent of LED lighting solutions. According to lighting experts, LEDs are long-lasting, environmentally friendly, energy-efficient, and safe lighting solutions that provide various benefits to consumers.

Furthermore, LED lights are known to endure longer, with an average lifespan of about 50,000 hours. Like all other lighting systems, LED lights are susceptible to damage and malfunctions due to a variety of circumstances.

Here are some of the elements that can affect the longevity of LED luminaires, as stated by the significant commercial lighting manufacturers:

Operating luminaires at more than their specified power consumption, according to lighting experts, can dramatically impair their lifespan. A stable power source (often referred to as a driver) is required for LED bulbs to maximize their power output and lifespan. It guarantees an ideal electrical supply, which aids in voltage management and regulation. As a result, high-quality LED lights with integrated drivers are always recommended.

The environment’s temperature (where an LED bulb is mounted) is known to have a significant impact on the LED luminaire’s lifespan.

According to LED lighting makers, Enclosed lighting fixtures can encounter a spike in ambient temperature, which can harm the chip and driver. This can drastically diminish the luminaire’s lifespan. As a result, it is recommended that LED lights be installed in areas with sufficient space for heat to disperse and appropriate cooling.

Plastic capacitors were once utilized to store energy in LED luminaire drivers. These capacitors would barely last a year if used regularly. According to lighting specialists, plastic capacitors were significantly impacted by external elements such as heat and ambient temperature, resulting in a reduced lifespan. On the other hand, Ceramic capacitors are currently being used in LED lighting drivers because they have a better heat tolerance and more extended life.

5 things you can do to extend your LED lifespan

So, always control the environment temperature where the LED lights are placed to prolong their lifespan.

#2. Use the same lighting technology within the same fixture.

It is healthy knowledge that incandescent and halogen light bulbs produce great heat while providing light. As a result, LEDs should not be utilized near or within the same enclosed fixture as these light sources. It’s best to remain with the current lighting technology or replace everything with LED in this situation.

#3. Turn off the lights when they’re not needed.

When lights are left on when they aren’t needed, they cost more to run and shorter lifespan. Using a sensor to turn your lights on and off automatically is a simple method to do.

Circuits will be damaged sooner if non-compatible wattages or voltage ratings are used. If your fixture produces 50 watts and uses a 12 watt light bulb, the bulb will be overloaded and damaged.

#5. Make sure the LED bulbs suit your needs.

You may wish to utilize a particular light bulb depending on the application. Some LEDs are made to survive repeated switching cycles (for example, illumination in houses, hallways, or corridors), whereas others are made to last longer (lighting for businesses).

While LEDs do not need a filament, they are nonetheless susceptible to failure. An LED bulb may have a sudden loss, which is unusual.

LED lights produce significantly less heat than incandescent bulbs, but they can overheat and cease operating if they’re defective. Water can harm bulbs used in moist environments unless they are IP-rated. A bulb may fail to owe to a manufacturing defect, most typically when the LED lamp’s components are not soldered together correctly.

***Refer to more: 6 Common Problems With LED Lighting & How To Fix Them

You may discover that a few years down the line, regardless of failure, you’ll want to replace your old lights by taking advantage of the latest lighting technologies. You may select an LED lifespan appropriate for your home from a wide choice of products to fit any use.